How many days has it been? Twenty? Thirty? But at last you see it ahead of you - the ruins you seek. A name no longer spoken. A location no longer recorded. A legacy lost to dust.

You've arrived in a ruined village lost in the desert for hundreds of years. Explore the village, see what remains of it, and see what you can learn about the people who lived here. What did they believe? What caused their downfall? You may never know for sure, but perhaps there's a clue or two left in the sand...

Nothing Beside Remains is a short vignette game about decay, archaeology, procedural generation, and storytelling. It only takes a few minutes to play. To get the most out of the experience, we recommend:

You control the @ symbol in the middle. The game's visuals are based on roguelike games, each symbol represents a different kind of object. Move around with the arrow keys. Walk into objects to read a description.

I know I'm a couple years late, but exploring this game was serene in a lonely sort of way. I imagine the village suffered some sort of drought and died off slowly as their food dwindled. A handful of crops survived, but never grew fruitful enough to feed someone. The water dried to mud beds and winds picked up sand and dirt as all of the roots crumbled. The villagers sheltered together in community spaces once bustling, and tried hard not to notice every time someone stopped showing up.

Cool to see a game inspired by a poem - a dialog between old and new artforms. I imagined environmental disaster, a drying-up of the waters, a waste land of sand and howling winds, the villagers driving their remaining cattle before them as they cross the arid desert looking for a greener land.

This was a really beautiful experience, a roguelike-walking sim with beautiful lost in the desert, post-post-caves-of-qud-like, investigating an almost empty desert ruins. i never got to what felt like an ending but i enjoyed walking and exploring and the meditative nature and letting the sound and feeling of the desert wash over me. after playing i read the dev notes and then the spoilers and i see there was more going on than i realized. but nonetheless, i enjoyed the experience and it's going to influence a procedurally-generated landspace/space (well, really a procedurally generated tiny village) game i'm working on.

lot of similarities (for me) to the non-PCG game/desert landscape-like called Neighbor by Cardboard Computer. It's part of the (free) [Triennial Games Collection](https://store.steampowered.com/app/538880/Triennale_Game_Collection/), also available as an iOS app for free. If you haven't tried it, please do!

I'm making this comment without having read the spoiler text. However, SPOILER ALERT! I will comment on what I found in the game.

I wasn't able to infer much about the society that built the village, but the artifacts that I was able to recover suggested a strong affiliation, with and strong, probably religious regard for, agriculture and plants. To construct such a large statue, the people here must have been moderately wealthy and sophisticated. It's interesting to note that the inscription on the base of the statue identifies the ruler as the *last* of his name. However, it's another clue that fits with the conjecture that other elements suggest. Despite the agricultural theme, the village is currently located in an empty desert of howling wind and blowing sand. Abandoned buckets lie half-buried in the soggy ground of what once may have been bountiful ponds or springs.

The evidence isn't conclusive, but it appears that this village lost its ability to grow crops through a change in the environment, with water drying up and plants dying off. This would likely have been a slow-motion apocalypse, such that a ruler could know that they would be the last of their name, yet still have enough wealth and power to commission a magnificent statue. I can only hope that the refugees were able to find somewhere else to settle.

The villagers, from what little I can tell, seemed to have been a peaceful and prosperous people. Their homes seem to have been well-equipped with furniture and both ceramic and metal vessels. Religion was likely a daily part of their lives, as several houses had altars with offerings of perfume. One altar had bones on it, but there's no way of knowing whether this was an offering/sacrifice or simply the final resting place of a wandering desert creature.

Chairs typically had seven legs, which almost certainly means that the number seven had cultural, probably religious, significance for the villagers. There are pragmatic reasons to build a chair with three legs or four, but not seven. I also found that some chairs in different houses had tooth marks on the legs, suggesting that the people here kept pets in the home, much as we do.

The fact that the ruler was depicted with a trident is especially interesting, since that's a fishing spear. Were these people descended from fishers?  Have I grossly underestimated how much water used to be here? I'll never know.

Hey! I was just going over Nothing Beside Remains, as I was referring back to it today for my 2019 procjam entry. This comment is super cool, and you picked up on so many interesting elements, I love the things you read into and expanded upon! I'm definitely going to refer back to this in future as evidence for how people can take a generative system and run with it. Thnak you so much for playing and responding!

This has such atmosphere! I rly love it.
I hope you find the time to do the larger-scale version of the project that you mention you'll go after in a few years. :)
Also, it reminded me of an old track I like, so I looped that in the background and wandered around with it playing alongside your wind sounds. One of my favorite feelings in video games is the sense of isolation and loneliness that comes with an atmosphere of nature and ancient lore - like in the metroid series.

Thank you so much for helping organize Procjam. It's been so cool being on discord and seeing everyone come together for the week. I learned a lot, had a fun polishing my game and adding some procedural art (still more to do...), and even met up with a kind stranger from discord in person. A few friends took part in the jam also and had a great time making some fun stuff! Cheers :)

Hey! I've been going back over this as I just made a follow-up experiment, and I wanted to tell you that I loved your comment. The track you linked is so atmospheric and rich, I really like it! Thanks so much for your kind words about Procjam - I really hope you continue to enjoy the community. I think they're really special people. Take care!

I really enjoyed the atmosphere and artwork of the game, the howling wind well chosen, an the art delightfully simple. I may spoil some of the game in this comment so if you're reading this before playing, think about that.

I was able to become familiar with the landscape, and was entertained by the game's limits.  The stark simplicity felt right for the environment, and aided the poetic element.

The lack of in game log, or map, and limited field of view, served the game well. If such a project were replicated on a larger scale, then it would almost certainly lead me to take my own notes. This is something I would enjoy, and it would evoke that classic adventure game feel in the vein of Zork or CYOA books.

The ProcGen element of the game worked well, and when I finished playing the game I felt a small sense of loss in the knowledge that I could never return. Even if I were to enter the world again it wouldn't be my world. The fact that there is no way to recover a world by entering a seed, solidifies this experience. Although personally I would've liked to get a seed, thematically I think it the right choice that this barren land can only truly be visited once.

For a short exploration, the game was a good size, I appreciated the way the world border was managed, it took me a little while find it (and I like that). I almost wanted the place to be larger, and initially imagined it to be so. It was a pleasure to feel out the world, and to later become familiar with the small corner I was stranded in.

I liked that WASD and Arrowkeys were both acceptable inputs, but lament the lack of a mute key(Even though I loved the wind, it is what ultimately caused me to close the game). I liked the font choice, I liked the character set, I'm a little saddened that the textboxes didn't quite match that aesthetic.

The text was great, it intrigued me, I was reading through a lot of the world sometimes deliberately more than once. I would occasionally become so engrossed in the text that I would forget what direction I walked in to read it (this stalled me occasionally, but was no big deal). The fact that a lot of the text was subtly different was key to my experience, and because of it I spent longer reading than I might in many other games. I encountered several different types of living plant, and enjoyed learning of different coloured fruit.

Plants, alters, tables, chairs, and small bones were the most defined items I encountered. Another person (I hope) would find more defined metal or pottery. The mystery was interesting but I was a little forlorn when I realised no ceramic in my world was in a particularly informative state. It could well be luck of the draw, and I know how tight a game jam can be, but I relished every moment of detail I encountered and wished there could have been more (although I know you wanted to keep things relatively open ended).

One quirk that I found particularly amusing was the number of three legged seats, I think just about every stool or chair I encountered was missing exactly one leg (or didn't make a comment on legs and thus didn't stand out as much in my mind).  I wanted to mention this in my tweet, making some comment about a chair-leg-stealing-demon of some kind being the cause of this towns' ruin, but it didn't feel like the right tone. Similarly I encountered a lot of marshland, almost enough to think the place was once underwater(the trident added to this opinion). It would have been nice to see more life around the marsh rather than the rocky barren land elsewhere.

In summary - I liked it, it was poetic, and you managed to pin down a very specific and emotive tone. If you made a similar game on a larger scale, (naturally with different setting) then I would probably play it.

This is a wonderful response, thank you so much! It gave me things to think about, but also nailed some of the things I wanted to achieve, which is incredible! Just to cover a few specifics:

Seeds: I actually did consider adding seeds to the game, and I think I might actually if I ever do an update. I was going to have the player type in how many days they walked, in which direction, etc. to act as the seed and enhance the feeling of discovering this place in the wilderness!

Chairs: [Spoilers] Yes! This is one of the quirks of a world. Your society thought the number 3 had a special significance, and one of the ways they demonstrated this belief was by always putting three legs on every chair. We may never know why...

Thank you so much for playing and being so thoughtful! 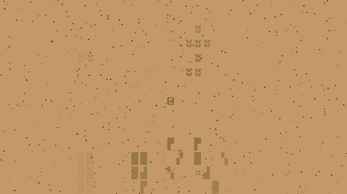 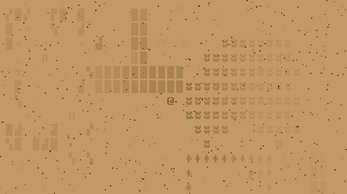 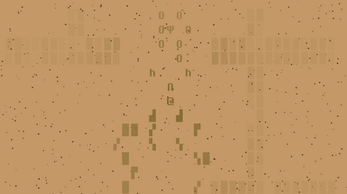